It’s all about how the team interacts together and not about superstars.

Last week, researchers Julia Rozovsky and Abeer Dubey from Google’s People Analytics presented their study about effective teams. They learned that there are five keys that set successful teams apart from the others.

Even though each trait are merely important, the most effective teams rely fundamentally on psychological safety.

What is psychological safety?

According to Dr. Amy Edmonson from Harvard Business School, it is a shared belief held by members of a team that the team is safe for interpersonal risk taking. In other words, it is knowing you can make mistakes and you know your team will get your back, that you can actually ask for help and you will not feel incompetent.

How do we foster it on a team?

Astro Teller, who is a leader at Google X, achieved to create a culture of psychological safety in his team. Before any project launches, he sits down with his team and ask them to imagine the biggest failure that anybody has ever seen, so big that we would be embarrassed to look at each other in the eye. After, you can write down every possible ideas that could lead to a failure like that. Then, one by one, they discuss together why it could happens and give ideas on how to avoid it.

Managers are the role model, they are the one who people can see and display the qualities that are needed. People will mirror the behavior that they see from their manager.

Team members own the process of driving changes. They must have a mechanism to assess, measure and reflect on all these dimensions.

How can I get started?

There are no “large” thing that you can set up in order to get started. You must create a common language within your team and understand the importance to share your advancements so your teammates are aware of it. Create some diversity and a culture where everyone can express their opinions, where they have their chance to communicate and that people aren’t cutting off on each other.

This article is simply a short summary of the researcher’s presentation available here. 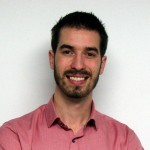 Alexandre is a startup enthusiast and a software craftsman. He continuously raise awareness about technical excellence and professionalism through his team and coaching.

← Rise of the chatbots!